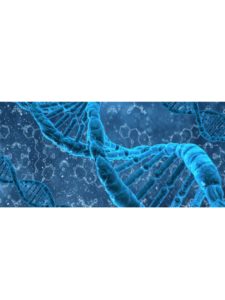 The Wave Life Sciences therapy WVE-3972-01 reduced markers of the form of ALS that scientists believe stems from a gene mutation, studies show.

Researchers said the potential treatment blocked faulty versions of messenger RNA associated with the production of abnormal C9orf72 protein. The RNA is an intermediary between the C9orf72 gene and production of the protein.

The research team presented the results of the animal studies at the 28th International Symposium on ALS/MND in Boston, Dec. 8-10.

Wave plans to start clinical trials of WVE-3972-01 as a treatment for ALS and frontotemporal dementia, or FTD, in the last quarter of 2018.

Scientists believe mutations of the C9orf72 gene are what cause inherited forms of ALS and FTD. They don’t know exactly how this happens. One hypothesis is that the faulty gene itself generates an abnormal version of the C9orf72 protein. Another possibility is that the gene causes messenger RNA to clump, preventing it from performing the role it needs to play in the production of protein.

WVE-3972-01 binds to the faulty messenger RNA arising from C9orf72mutations, promoting its degradation. Researchers hope this will prevent messenger RNA clumping, which would reduce the risk of a person developing ALS.

An antisense oligonucleotide drug’s sequence matches that of the RNA it is targeting. This means it will bind only with that molecule.

When scientists create manmade versions of the compounds, however, the procedure they use usually leads to a mix of molecules. The orientation of the molecules’ atoms differs at each link in the sequence. In one molecule a link may be oriented upward and in another downwar.

The molecular mix is called a stereorandom. Researchers believe that only some molecules in this mix are active.

Wave has come up with a way to control atoms’ orientation at each link in the molecule. A plus is that the stereopure molecules the company creates are more potent than the stereorandom mix.

“The degree of silencing of C9orf72 by WVE-3972-01 and the potency of this stereopure antisense oligonucleotide preclinically [in animal studies] are quite compelling,” Dr. Robert Brown Jr., chair of neurology at the University of Massachusetts Medical School, said in a press release.

“We are very excited at the prospect of seeing these unique oligonucleotides in clinical trials in C9orf72 patients in the near term,” added Brown, who is collaborating with Wave on developing the therapy.

The therapy’s potency and sustained effect on the animals “make us optimistic regarding the potential of WVE-3972-01,” said Dr. Michael Panzara, head of Wave Life Sciences’ neurology program.

“The reduction of mutant C9orf72 proteins with preservation of healthy C9orf72 proteins is likewise encouraging,” he said. “We look forward to working with the ALS and FTD communities to bring WVE-3972-01 into clinical trials” in the fourth quarter of 2018.